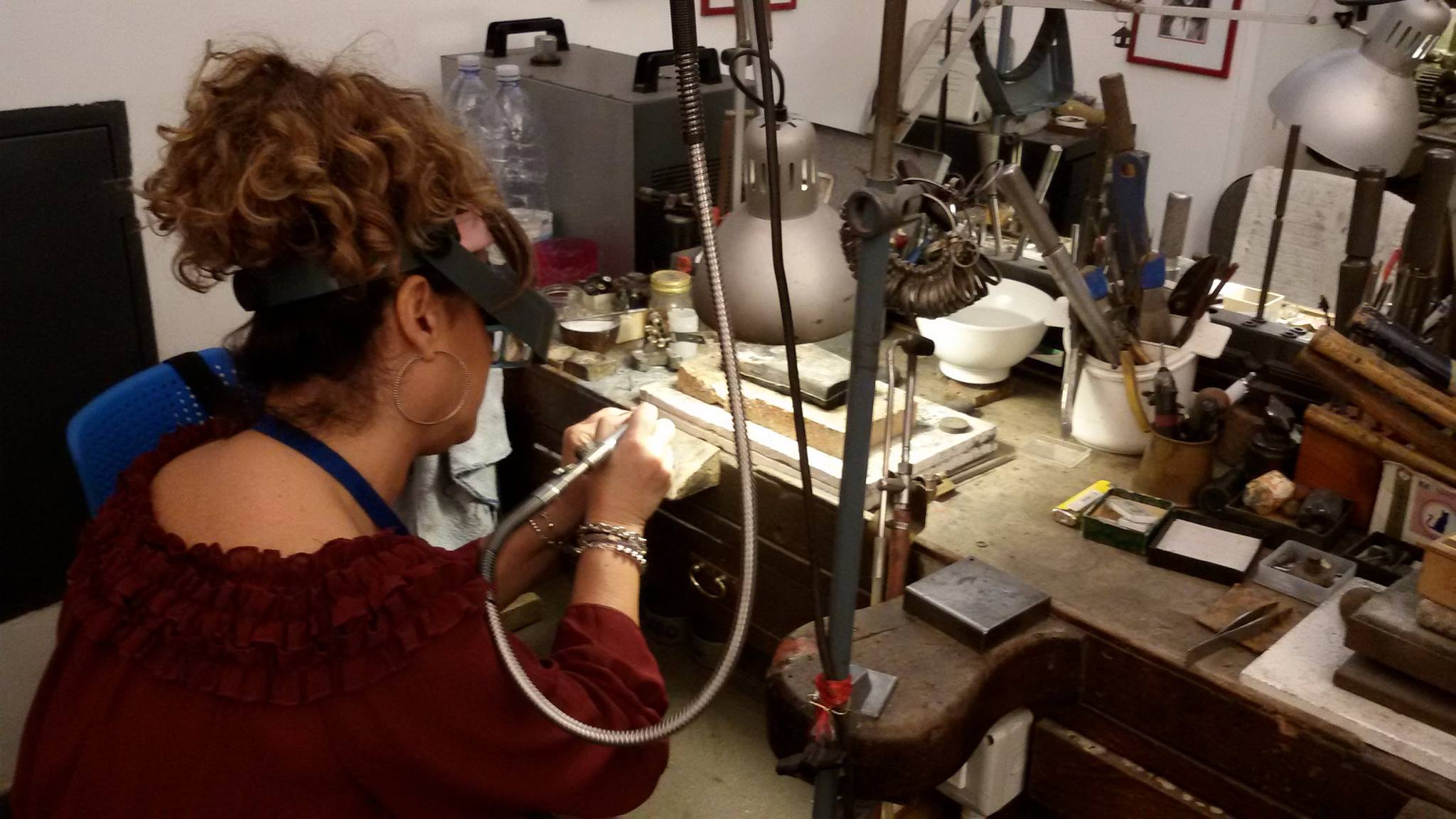 Maximus ,the greatest, gladiator in jewelry
Of the many great joys of walking through Rome, high on the list is hopping off the busy thoroughfares and meandering through the quiet labyrinthine side streets that criss-cross the historic center. Many date to the Medieval period and were built over and around ruins of ancient baths, theaters, stadiums and porticos. One such delight is , a wonderful narrow street running generally east/west a few blocks north of the Piazza Navona. In one of this side streets Maximus the great create his unique pieces with the splendor of roman Empire .
The New York Times crowned him among the three goldsmiths who embody the spirit of Rome: Maximus is inspired to the splendor of the ancient empire. His jewels might be mistaken for to museum pieces, unearthed some marble sarcophagus. But in reality it is a revisiting of that kind of classicism, though at a profane eye may seem quite similar. He has an eclectic history. He trained at the Academy of Fine Arts in Rome, where he studied set design and costumes. But he found the fame when he turning into a goldsmith, in his laboratory in the middle between Villa Borghese and the Vatican. The breakthrough was of 1974. In addition to the antique jewelry from the Roman era, Maximus has widened to the Etruscans, the neighbors of the Romans at the beginning of their history, and then also to classical Greece. He use gold to 21 carats (the 24 is too soft, he says), and he works with the gold pulled to the plate and wire, with the lost-wax casting and with cuttlefish bone, an ancient technique also used by the Etruscans. Bracelets, necklaces and rings have different shapes, but the same precious charm that would be appreciated by Nero emperor and also Spartacus.
Book a special experience in Rome between shopping and art .
info@personalshopperroma.it