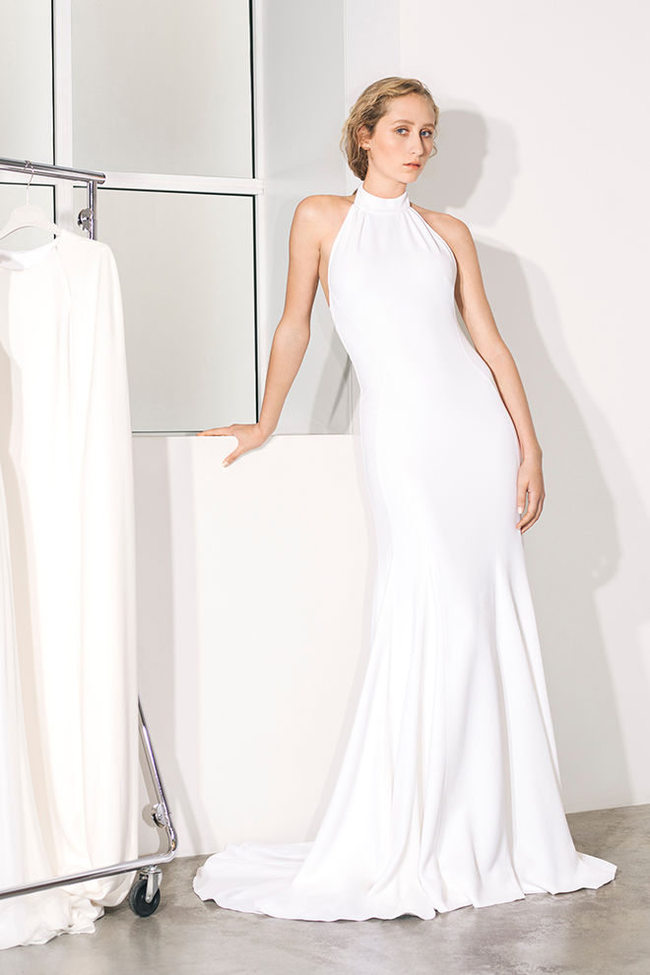 The British royal family and fashion fans all rejoiced to see Meghan Markle in a tailor-made white dress by Stella McCartney at her wedding. That first appearance actually announced the launch of a new Bride line by the luxury brand of the British designer.

Called “Made with Love”, this first Stella McCartney wedding collection will be available in the brand’s boutiques in the United Kingdom, United States, China and Japan.

The line includes, in particular, a high-necked dress identical to that worn by the Duchess of Sussex on her first appearance on Prince Harry’s arm immediately after the wedding celebration.

There is also a two-piece suit and a lace overalls, as well as a series of pure white dresses. The brand is keen to emphasize the fact that each garment is made in Italy by laboratories in Puglia, Abruzzo or Marche, in sustainable viscose or with other environmentally friendly materials.

About this Bridal collection, the designer states: “It’s something that really fascinates me and that touches me in the intimate. I think that in our time, the wedding day is very different from what was traditionally and I think that Stella McCartney is a somewhat more casual alternative “.

Famous among other things, also for its commitment to the environment, Stella McCartney has chosen for its flagship store of Old Bond Street in London, inaugurated last June and defined the most sustainable in the world, the biodegradable mannequins of the Emilian company Bonaveri.