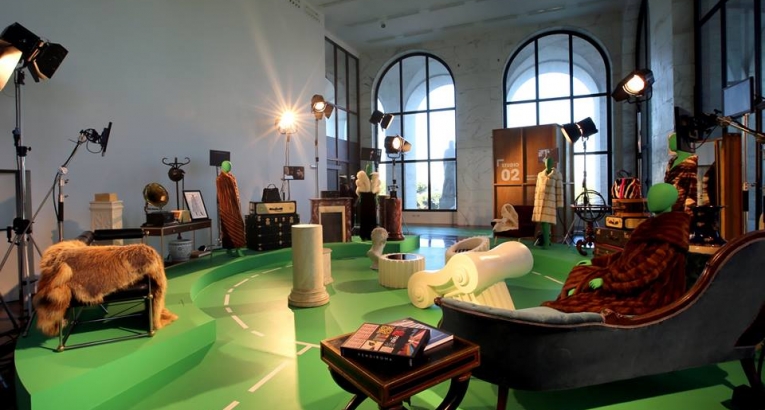 Italian fashion house Fendi has moved into its new headquarters at Rome’s Palazzo della Civiltà Italiana – a building commissioned by dictator Benito Mussolini in 1943 that has been renovated by local architect Marco Costanzi.

Designed by architects Giovanni Guerrini, Ernesto Bruno ,the six-storey Palazzo della Civiltà Italiana, the Square Colosseum, was intended to be the centerpiece of Mussolini’s new Roman empire, but was abandoned due to his involvement in the second world war. Fendi Transforms the prestigious headquarter of the brand into film studios and through a revolutionary digital path flips the perspective of the spectator who is literally entering the scene. A multisensory and interactive Fendi fashion immersion in the rooms of the EUR Palazzo, through the famous sets that the historic fur company has helped to make unforgettable and be prepared to have fun.

If you are a lover of the best films created in recent years, we believe that you will like this show a lot, you must not lose it, it will remain open until the 8th July 2018.

From the Devil wears Prada to the Young Pope, the Legend of the Pianist on the Ocean, Once upon a time in America, here you will find the clothes that the actresses wore in the various films and will be able to watch these films in the Fendi Cinema (look at the pictures).

All the objects, from the bags to the wonderful Fendi suitcases, the furnishings are here in this exhibition. With Personal Shopper Rome you can book a visit and be assisted during the journey.