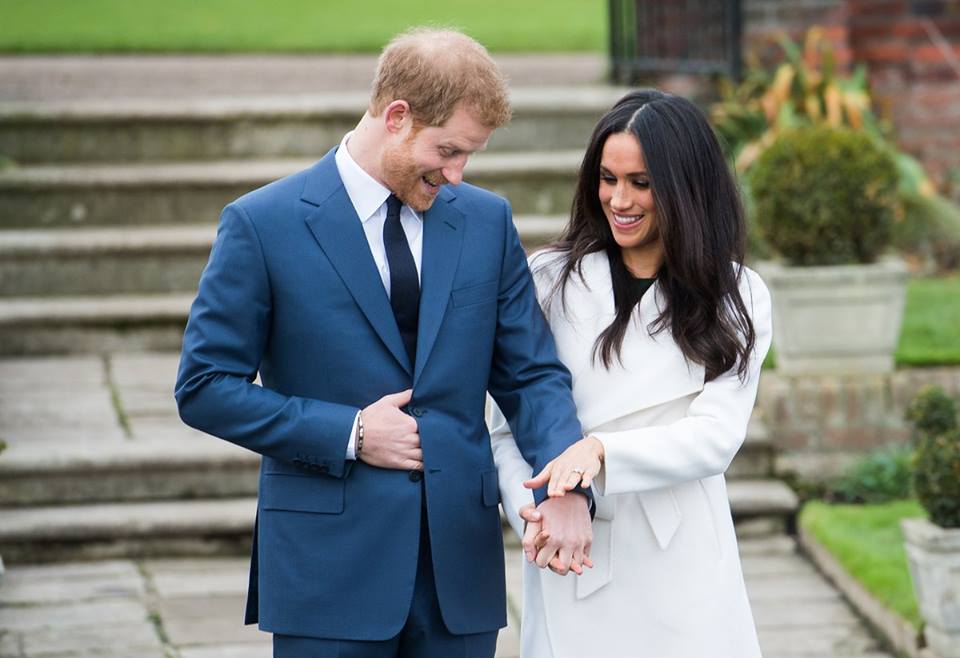 A little more than seven years ago, Kate Middleton and Prince William announced their engagement, and the dress she chose for the occasion would go on to become one of the most iconic looks in modern history. Timeless, yet current, the royal blue silk jersey wrap design (that so perfectly complemented her 12-carat sapphire ring) epitomized her elegance and grace — and within seconds, it catapulted its brand Issa into undreamed-of fame.

It also led to its downfall. The designer, Daniella Helayel, couldn’t keep up with the demand, and in an unfortunate series of events, she found an investor, sold a majority stake of her company, and eventually left due to creative differences, with the brand finally shuttering in 2015. It’s become a cautionary tale for under-the-radar brands.

Cut to present day, and it feels like déjà vu — though it’s Meghan Markle, not Kate Middleton, Prince Harry instead of Prince William, and a white robe coat by Canadian brand LINE the Label in place of an Issa wrap dress. And not unlike seven years previously, the coat from LINE the Label sold out within minutes and the brand suddenly found itself in the center of a worldwide, Markle-fueled phenomenon. It’s official: The Meghan Markle Effect is effectively, well, in effect.

“We were delightfully surprised she chose to wear one of our designs for the royal engagement photocall. We had no idea she was going to wear our coat; it was a proud moment for our team,” says John Muscat, president and co-founder of LINE The Label, going on to explain that Markle discovered the brand on her own and has been a loyal customer for years. “We received an influx of emails, calls and messages on social media immediately after the photos went public. The coat was from our Fall/Winter 2017 collection and it sold out within minutes.”

Muscat’s team hasn’t looked into exactly how much traffic the brand raked in but it was enough to break the site — it was reportedly down for a few minutes in the morning on the day of the photocall. And now, three weeks since the engagement, LINE the Label is still receiving a “huge amount of interest in the coat in winter white,” says Muscat, which led to the brand renaming the coat after Markle. “This was our way of honoring her, in the same way she chose to honor us — she’s been wearing this specific coat for a long time. It’s effortlessly chic, just like her.”

REhours,” Hundleby reveals. “That will always impact the speed of delivery.”

So the Meghan Markle Effect appears to be good for business, and considering the overwhelming demand from consumers, it won’t be slowing down any time soon.

“The fact that it happened so quickly means Meghan Markle was swept off her feet, which adds to the romance and the greatness that is their fairy tale,” Jansson-Boyd says. “People want to buy into that — she’s happy, and they want to feel happy, too.”